A report from 2015 described what the inactivated trivalent flu shot did to the immune system.

“We evaluated in vivo innate immune responses in monocyte populations from 67 young (aged 21-30 years) and older (aged ≥65 years) adults before and after influenza vaccination. ***CD14(+)CD16(+) inflammatory monocytes*** were induced after vaccination in both young and older adults. In classical CD14(+)CD16(-) and inflammatory monocytes, production of tumor necrosis factor α and ***interleukin 6,*** as measured by intracellular staining, was strongly induced after vaccination. Cytokine production was strongly associated with influenza vaccine antibody response; the highest levels were found as late as day 28 after vaccination in young subjects and were substantially diminished in older subjects. Notably, levels of the ***anti-inflammatory cytokine interleukin 10 (IL-10)*** were markedly elevated in monocytes from older subjects before and after vaccination.”

The report goes on to explain the context of induction of CD14+CD16+ inflammatory monocytes:

“To better understand the effects of aging innate immune responses to the trivalent inactivated influenza vaccine, we evaluated human monocyte function before vaccination and at days 2, 7 and 28 after vaccination in young (aged 21–30) and older (aged ≥65) adults. We found induction of CD14+CD16+ inflammatory monocytes after vaccination at days 2 and 7, with a return to baseline by day 28. ***The extent of CD14+CD16+ monocyte increase seemed comparable in young and older subjects. Increases in such inflammatory monocytes have been reported in the context of inflammatory conditions (eg, sepsis), chronic viral infections (eg, human immunodeficiency virus infection), and myocardial infarction [18];*** however, to our knowledge, this is the first report of human CD14+CD16+ monocyte induction after immunization with a nonadjuvanted inactivated vaccine.

Great. I don’t think it says that on the package insert…

Interleukin-6 is being studied as a bio marker for sepsis as a rapid-response test kit:

It probably won’t make it to market since flu vaccines cause a septic response. Probably others, too. Somebody go PubMed that, stat!

Interleukin-10 is an anti-inflammatory, or immunosuppressive cytokine. It also appears in sepsis when the immune system is trying to calm itself down to prevent death from the other cytokines. Too much IL-10 increases susceptibility to disease, such as the secondary pneumonia the flu vaccine is intended to prevent.

Sepsis also can have long-term effects, one being tolerance to certain kinds of infections. Immune cells that have been overactivated don’t respond any more. That may sound like “immunity” but as a chronic condition it’s commonly classified as “chronic fatigue syndrome” AKA you’re just crazy.

Also, studies have shown that yearly flu shots have the effect of less immunity, and that’s probably due to tolerance. 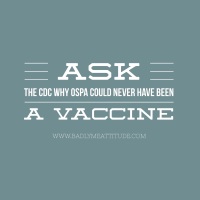 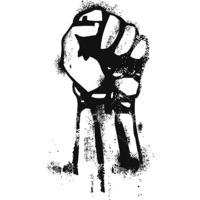