It’s World AIDS Day this Friday, December 1, and at the risk of seeming to diminish the struggles of the HIV/AIDS community, I can’t help feeling envious of the vindication that they have achieved.

Lyme victims, I’m sure, will understand this sentiment. Those who have not been affected by Lyme, however, are fully expected to assume that I’m a callous nutter, make a hard stop right here, and go back about their lives withought another thought. After all, a quick consult of government-proffered information about Lyme disease would leave the impression that it’s just a nuisance disease and that a chronic, disabling, or even life-threatening version of it is extraordinarily rare.

We Lymish are well-accustomed to such dismissal. We first experience it when we discover a tick attached to our [insert body part] or perhaps not a tick, but a large, circular red rash. Call the doctor and what do you get? There’s no Lyme here. It wasn’t attached long enough to transmit disease. Ticks aren’t active this time of year. It’s too early to test. That doesn’t look like a bullseye. Your fear of Lyme is disproportionate to your risk. Put some ointment on it and call me in a week.

When we remain sick, or relapse after a begrudgingly-prescribed course of antibiotics, we’re told it’s our fault: Your anxiety is making things worse. You’re just making excuses. You’re enjoying the attention that you get from your embarrassing display of “sickness behaviors.” If you had a better attitude, exercised more, ate better, quit consulting Dr. Google, maybe you would feel better and not make everyone else so uncomfortable.

Then we are dismissed by a steady stream of doctors who apparently also consulted Dr. Google but never made it as far as PubMed, as have most of the Lyme patients I know. “Here, let me refer you to someone you can talk to about your irrational obsession with being sick.”

All those people–friends, family members, spouses– who started to feel uncomfortable in our presence? They dismiss us, one by one, until we are left with nothing, no one, and nowhere to turn. We’re alone, sick, and broke, because every treatment failed and the official party line is that we’re faking it.

You can see it right in your own town, hear the cries for help. For God’s sake, you can smell the sickness. You know it’s there. It’s right down the street. Right next door. Right under your nose. And yet you deny it; pretend it’s not there. Is it in your own house? Is it you?

As it turns out, the disease we know as “chronic Lyme” is truly, scientifically, an acquired immune deficiency syndrome–AIDS. It’s a condition of B cell incompetence and overwhelming opportunistic infections that we can’t fight. Just like with HIV-AIDS, our Lyme-AIDS features reactivated herpesviruses such as chronic, active EBV and CMV–well known to lead to various cancers of the blood, brain, and other systems. The pain, fatigue, neurologic symptoms, central nervous system inflammation, nerve and tissue damage, seizures, cardiac complications and a vast array of other things that can go wrong with the human body, all add up to a disabling, life-altering, sometimes deadly disease. And we’ve already been left for dead by the time we’ve figured all of this out on our own, thanks to the systematic dismissal by everyone who ever had an opportunity to help.

After all, we’ve been fighting this war since 1975, when a couple of suburban moms said something to the effect of, “Hey! Public Health Experts! Explain to us why so many of the children in our neighborhood are being diagnosed with juvenile rheumatoid arthritis!” Funny how now, 42 years later, we moms ARE the public health experts, while the ones who get paid to be the experts continue to…..dismiss us.

We want in on World AIDS Day because, dammit, we’ve earned it. We’ve tried every kind of protest. We’ve written every elected and non-elected government official. We’ve tried lawyers and journalists and God. We’ve gone to foreign embassies and the U.N. and the International Criminal Court. We’ve battled controlled opposition, crooked medical societies, and even bad actors on our own side. We’ve witnessed more suicides than we can count, and the government won’t keep track because their official stance on the matter is that our disease does not exist.

So, please, someone tell us how we get our day. Because after 42 years, we are watching a third generation of dismissal from life itself, as our children’s children are devastated in mind, body and spirit by a disease that, by U.S. policy, does not exist.

Lyme-AIDS does not exist because they say it does not exist, the same way their other spirochetal crimes “did not exist.” Tuskegee, Guatemala…have we learned nothing from our government’s sick obsession with treating humans as slabs of flesh to infect with stealth pathogens for their own weaponeering pleasure? Surely the parallels are obvious…aren’t they? Was the third time a charm, Uncle Sam?

The bottom line is this: Someone will have to pay for all of the suffering. Someone directed CDC and EIS officers, academic researchers, and federal, state, and pharmaceutical company employees to change the definition of “Lyme disease” to exclude the cases that are not genetically competent to fight the pathogen. Someone–many someones–committed crimes against humanity, and the day of reckoning is coming.

We demand our day. 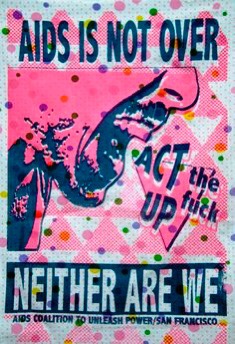 Leave a Reply to SCIENCE ME LIVE Cancel reply 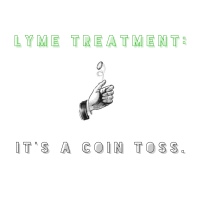 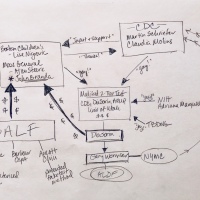 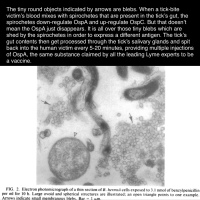 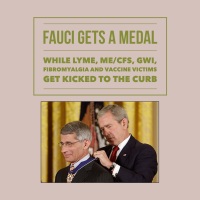 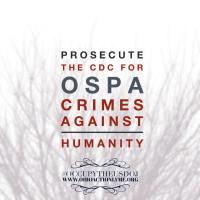 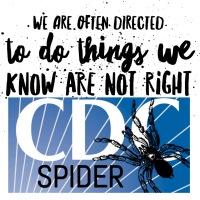