wormser doesn’t even deserve a seat at the kids’ table

How anyone could deem Gary Wormser competent to serve on the federal TBD Working Group is beyond comprehension.

This individual has devoted his life to human rights abuses for profit.

He was one of the founders of the American Lyme Disease Foundation (ALDF), the racketeering organization that is the root cause for the decades of suffering endured by Lyme victims. If not for Gary Wormser’s ALDF, it is entirely possible that we would not even be discussing a “meeting of the minds” wherein all of the minds are made up to either trash Lyme victims for the purpose of concealing crimes, or to prey on their desperation in order to make a buck.

Gary Wormser is known to despise patients, anyone who advocates for them, and especially the ones who are outspoken about his involvement in the 1994 Dearborn fraud where the ALDF/CDC cabal threw out the sickest cases from the disease definition.

“Similar to other antiscience groups, these advocates have created a pseudoscientific and alternative selection of practitioners, research, and publications and have coordinated public protests, accused opponents of both corruption and conspiracy, and spurred legislative efforts to subvert evidence-based medicine and peer-reviewed science. The relations and actions of some activists, medical practitioners, and commercial bodies involved in Lyme disease advocacy pose a threat to public health.”  https://www.ncbi.nlm.nih.gov/m/pubmed/21867956/

Perhaps Wormser was projecting there, because it is clear that he, himself is the threat to public health. Not only was he a lead author on the IDSA guidelines, but he knew the testing was a sham because he reported the 1994 Dearborn two-tier testing standard (which remains in place today) to be 15% accurate, detecting only nine out of 59 known cases.

And why would it be that so few cases hit the antibody jackpot of two out of three IgM bands and five out of 10 IgG bands? Dr. Wormser can explain. These three reports describe the immunosuppression outcome (lack of antibodies) from “Lyme” infection.

“The magnitude of modulation (immunosuppression) was directly dependent on the quantity of OspA.” https://www.ncbi.nlm.nih.gov/pubmed/10865170

“This finding suggests that there is redundancy in the ability of the innate immune system to recognize B. burgdorferi and/or that these components can activate pathways that produce anti-inflammatory cytokines……the anti-inflammatory effects might be the more important function of TLR signaling.”  https://www.ncbi.nlm.nih.gov/pubmed/27976670

“Importantly, innate immune suppression increased with infection duration and depended on cooperative and synergistic interactions between DIO and B. burgdorferi infection.”  https://www.ncbi.nlm.nih.gov/pmc/articles/PMC5383418/

To recap so far: Gary Wormser founded the RICO organization that created this disaster; he promotes a fraudulent testing scheme that he, himself proved only 15% accurate; he wrote diagnostic and treatment guidelines based on the falsified testing and other research fraud (Klempner http://content.nejm.org/cgi/reprint/345/2/85.pdf); he knows Lyme borreliosis to be a disease of immunosuppression, or an “acquired immune deficiency” disease. As if all of these dirty deeds were not enough, he outwardly maligns his victims, such as in this report from February 2017:

“Recently, there has been considerable interest in the topic of fake news. For infectious diseases physicians, false and misleading information about the diagnosis and treatment of Lyme disease is not new. It is increasing in frequency and prominence, creating much confusion among primary care physicians and their patients.”

“It is highly implausible that either patients with chronic Lyme disease or patients who had Lyme disease and have posttreatment symptoms, who are seronegative, who have no objective findings, and who have already been treated extensively with antibiotics would have cultivable B. burgdorferi in their blood. Nevertheless, fake research has been used to support this notion.”

In the end, he concludes, these people are sick, but not with Lyme disease, and he offers no suggestions as to what they could be suffering. However, we know that he’d likely suggest the equally enigmatic “fibromyalgia,” “chronic fatigue syndrome,” or simply, “medically unexplained symptoms,” if pressed for an answer.

Note that this smear piece was funded by an NIH grant.

“GPW reports receiving research grants from Immunetics, Inc, Institute for Systems Biology, Rarecyte, Inc, and Quidel Corporation. He owns equity in Abbott, has been an expert witness in malpractice cases involving Lyme disease (not exactly perjuring himself because he is simply maintaining the pretense that Dearborn is valid), and is an unpaid board member of the American Lyme Disease Foundation.”

I reiterate: How anyone could deem Gary Wormser competent to serve on the federal TBD Working Group is beyond comprehension.

We can see his extraordinary lack of ethics in this patient account of his involvement in the Connaught ImuLyme trials. This patient went on to sue him, his employer, and the vaccine maker for $22 million.

“My orthopedist consented that the fluid removed during surgery would be sent via messenger to WMC, as per their request. I had the surgery.  The damage to my knee was so extensive, I required a total synovectomy. I also had a tissue study-indicating inflammatory disease consistent with Lyme. The nurse at WMC called me and told me the blood they tested came back negative for Lyme, and wasn’t I happy to hear that? I asked her what the synovial fluid showed, and she said she had no idea what I was talking about, that she never received any synovial fluid. I told the ortho what I had been told about the fluid never getting to WMC and he said she was “a damned liar” and I should get a lawyer…he also said I had better get someone to put me on antibiotics before I was in even worse trouble. I called the nurse back, agitated about the conflicting stories and so she gave me an appointment with the doctor in charge of the study, Gary Wormser. He said he didn’t want to be my doctor, he wanted to be my “friend”. He admitted to receiving and testing the synovial fluid but he said those results were “spurious”, that synovial fluid was not an accurate substance to test for the presence of Lyme. He also said that he was surprised that I didn’t test “false positive” for at least the vaccine, so chances were, my body hadn’t absorbed it at all.  I recounted what Dr. Nowakowsky had told me but he shrugged that bit of information off. He then said he suspected I had Diabetes and Fibromyalgia but as a courtesy, since I had “helped” them with their study, and because he “cared” about me, he would arrange for me to see a rhumatologist. I told him I wasn’t interested in seeing a rhumatologist, so he asked me what I wanted-and I told him I wanted him to treat me for Lyme anyway, with ANTIBIOTICS. He said while he had no OBJECTION to me taking antibiotics, HE wuld not give them to me.&nbsp; He told me he would speak to my internist and tell HIM what kind of antibiotics to prescribe for me. He asked me what my doctor’s name was, and when I told him, his response was “He’s my protogee, I taught that boy everything he knows!” He told me I could expect to hear from my doctor later that week…

After two weeks had gone by, I began to realize I was not going to get treated by anyone remotely connected to the vaccine study, so I started looking for someone who WOULD treat me.”

There were at least two other ImuLyme-related lawsuits against Wormser. Curiously, despite his being named as Principal Investigator in the lawsuits, his name is not even on the final published data from the trials. http://www.nejm.org/doi/pdf/10.1056/nejm199807233390402

Now he finds himself embroiled in yet another lawsuit, while simultaneously being rewarded with a seat at the table to discuss the state of “Lyme disease.”

Gary Wormser is unfit to serve. He is very much anti-patient, and we assert that this is because of his role in the founding of the ALDF and its intent to drive policy and public opinion in support of its members’ commercialization of “Lyme disease” through vaccines and test kits. His profit motives far outweigh any motivation he has for helping patients.

Must I state it again? How anyone could deem Gary Wormser competent to serve on the federal TBD Working Group is beyond comprehension. I am deeply offended by his appointment, the lack of consideration that went into his appointment, the assumption that we Lymish are stupid enough to buy this load of horse manure, and the utter lack of respect for the patients he has slandered and abused for a quarter of a century.

This disgusting little man belongs behind bars, far away from anything having to do with issues of health and human decency. 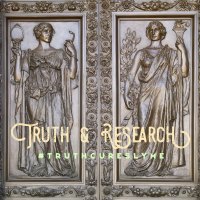 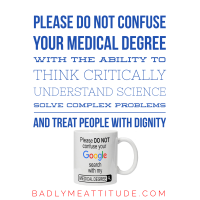